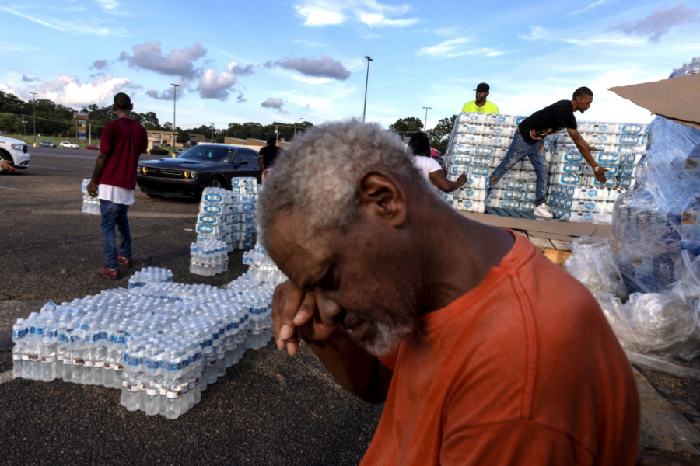 Jackson, Mississippi, the capital and largest city of the state, has had its water problem fixed, allowing its 150,000 inhabitants to cook, take showers, and clean their houses. When the water entering their homes took on a dark hue rather than its usual colorlessness, some homeowners complained.

“The tanks are full today. During a Monday news conference, Reeves declared that the water pressure was strong.”

Although there might be more terrible days in the future, the governor declared that the people of Jackson can now confidently rely on water to flow from the faucet; “people in Jackson may rely on the ability to flush the toilets.”

According to a press release dated Monday, the city’s tanks have all been filled, while some are still filling. A component of the statement suggests that there isn’t a tank with low level pressure. Late on Friday into early on Saturday, the O.B. Curtis Water Treatment Plant produced 86 pounds per square inch (PSI), which is close to their target of 87 PSI, according to officials.

Despite water pressure levels exceeding the objective on Sunday when they hit 90 PSI, the city stated on Monday that the entire plant output is currently meeting the 87 PSI target.

After floodwaters damaged the treatment plant, thousands of people in Jackson were without adequate clean flowing water for days, making it impossible for them to safely brush their teeth or flush their toilets. Public schools were obliged to use online education as a result of the drop in water pressure.

Jackson Public Schools said on Monday that regular courses would start up again on Tuesday.

According to the system, schools using water-based air conditioning may take longer to attain the coldest temperatures.

According to the city, the boil-water warning is still in effect for Jackson residents. Officials need to collect two rounds of clear water samples before they can lift the advisory, and the city intends to start this procedure by midweek.