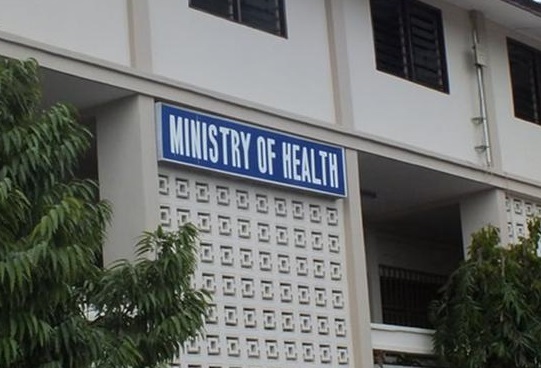 The Ministry of Health has debunked claims that government owes the Ghana Nurse-Midwife Trainees’ Association eight months’ worth of allowances.

The Ghana Midwifery and Nursing Trainee Association in a release, threatened to embark on a nationwide demo should the government fail to pay members within one week.

The National Secretary of the Ghana Nurses and Midwife Trainees’ Association, Lambert Nsobilla, in a Citi News interview said attempts to get the Health Ministry to pay them have yielded no results.

“We are on the cusp of our exams and a lot of our members depend on the allowances to pay their school fees and their inability to do that will stop them from writing exams. The allowance was one of the promises this government made to us in the lead-up to the 2016 election, and they did their best to fulfill it, to some extent. The last payment was made in November 2020, but they were the payments for March, April, and May 2020. So since May 2020, Allowances have come to a halt. The government promised us monthly allowance payments but hasn’t fulfilled them. Also, before the payments were halted there was no defined method. Sometimes they pay after three, four or five months.”

“We are not only going to say that this will be the last resort. If it takes conferences or walking on the streets to cry to government for the over GHS56,000 we are owed [to be paid], we will do just that,” he stated.

But the Ministry has refuted such allegations in a press statement today April 28, 2021.

“The Ministry of Health wishes to assure the public that it does not owe any student to the tune of eight months as stated in the press release from GNMTA, neither has the Ministry stopped the payment of trainee allowances to students of government health training institutions.

Below is the statement: 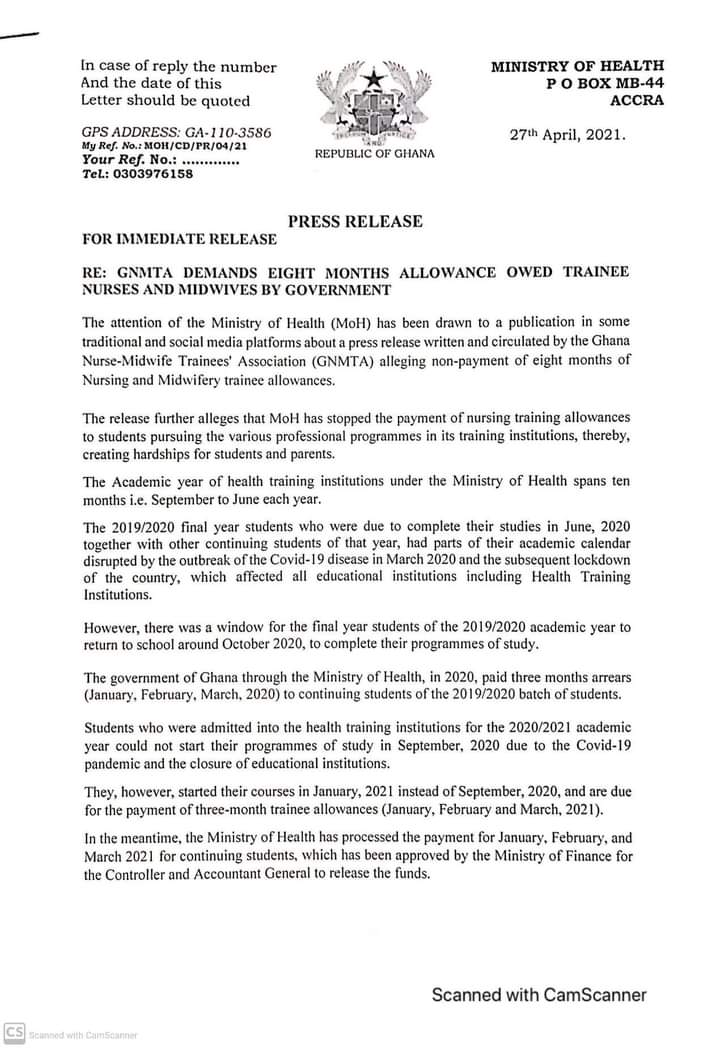