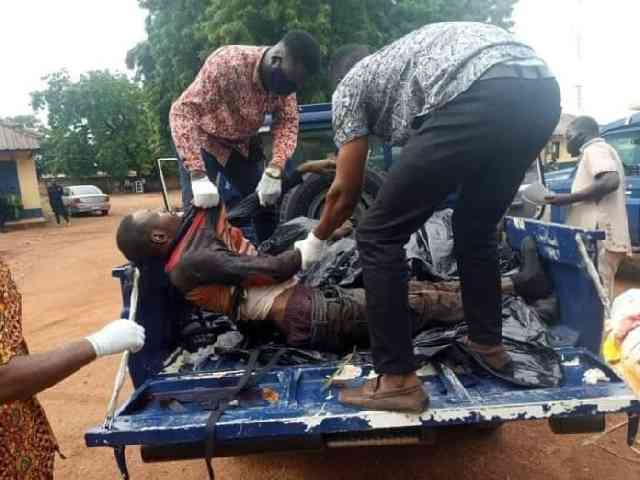 Two suspected armed robbers have been shot dead at Adowahu, a suburb in the Amenfi West Municipality of the Western Region.

The Asankragua Police command has confirmed the incident indicating that the robbers were four in number who were following a Chinese man suspected to be carrying gold.

So the Police were given a tip-off which they followed to the scene. However, the armed robbers upon seeing the Police, opened fire which injured one of the officers.

The Police also responded in the same faction by opening fire which resulted in two of the robbers being killed in the gun battle.

The Police officer who was injured is currently receiving medical attention at the Asankragua Roman Catholic Hospital.

The Police have opened investigations into the matter while efforts are being made to apprehend the other two suspected robbers on the run.

Meanwhile, the deceased bodies of the suspected robbers have been sent to the Asankragua Roman Catholic Hospital.