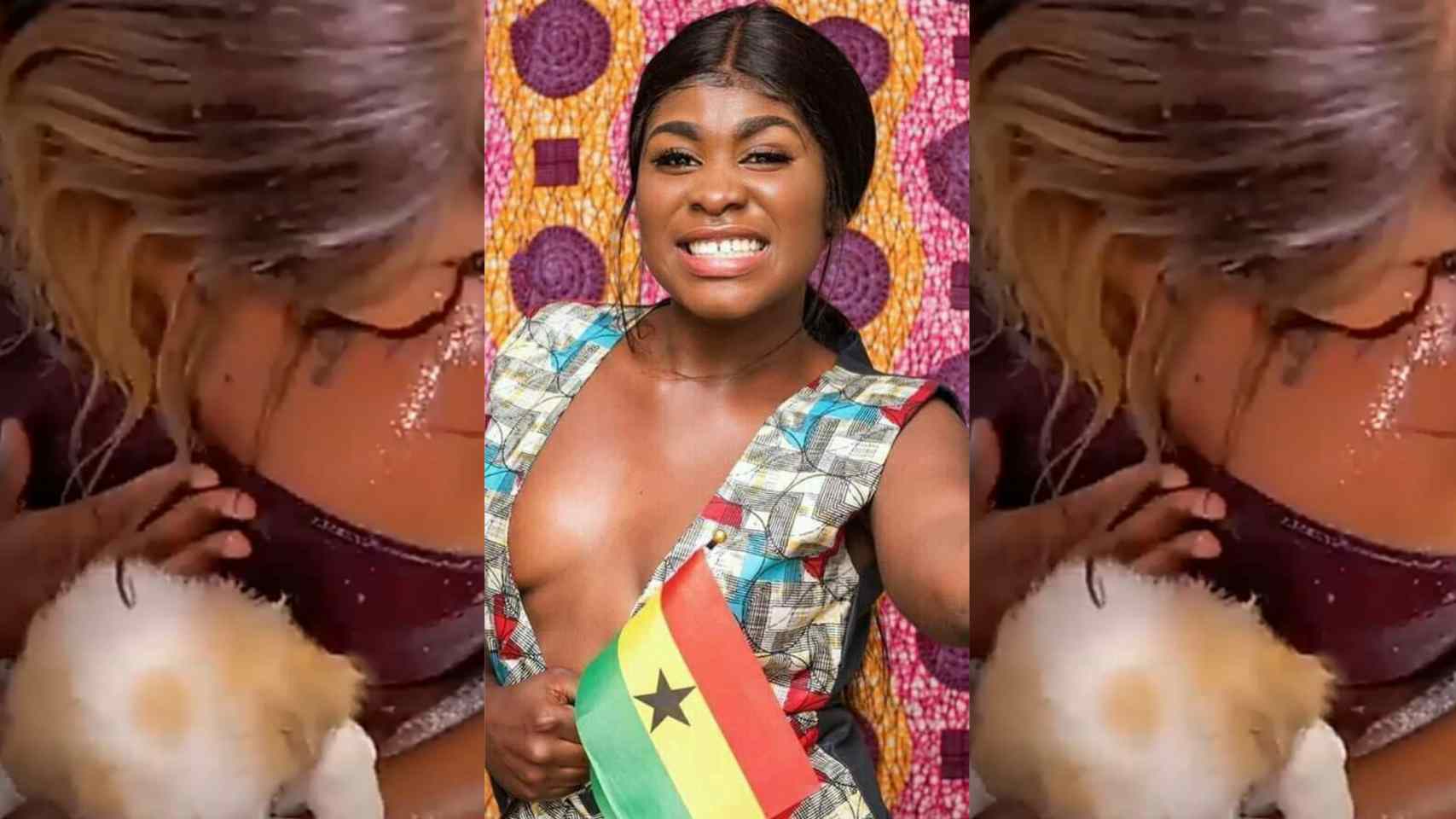 Actress and singer, Yaa Jackson has decided to put on full display her firm and rounded ‘oranges’ in a new video sighted on her Snapchat page.

Even though she has not been in the showbiz space for a long time, but the young lady knows how to get herself into the headlines anytime she pleases and I can bet this video will not be the same.

From the video, the firm ‘oranges’ of the ‘Tear Rubber’ hitmaker were almost falling out of the attire she was wearing.

To make the video even wilder, Yaa Jackson decided to intermittently pour some milk on it and wait for it to flow down. At other times too, she takes the water sprinkler of the jacuzzi she was in and applies some water on her firm goods.

Well, it is gradually becoming evident that Yaa Jackson is making a name for herself as the baddest lady in the showbiz space now.